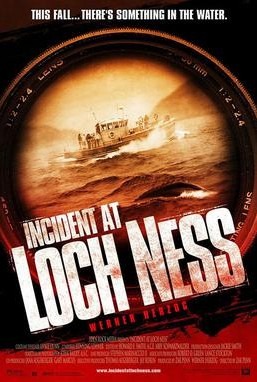 The press reports of the making of a documentary about the Loch Ness monster by Werner Herzog in 2003 may be hilarious for some people. For Herzog, the announced movie, The Enigma of Loch Ness, seemed flawless since it was around the unrealistic journey into the truth about the most rumored creature.

People assumed that even if Herzog failed to find the monster, he would still come up with something interesting. The following year, Incident at Loch Ness appeared and released as a movie by producer, writer, and director Zak Penn.

Incident at Loch Ness is a kind of mockumentary within a mockumentary. It is a film about Herzog and the production of Enigma of Loch Ness from their point of view. According to the director and producer Zak Penn, the entire movie is a loosely scripted fiction.

Incident at Lock Ness is drafted as a documentary. Penn is the one who pieced it together from originally shot footage by John Bailey (cinematographer) as a different documentary, named Herzog in Wonderland.

The announcement of the fake projectof Herzog, Enigma of Loch Ness, was so authentic that even the BBC wanted to make their documentary. The supposed footage of Bailey that includes the interviews of the members of the doomed production of Herzog, reflected upon the theoretical incident with the monster that reportedly left two members of the crew dead.

The report of this deadly incident, likewise, released to the press as part of the bid of the movie for apparent permissibility. Herzog added, he has the reputation of being a filmmaker who gets himself into adventures, trouble, and dangerous situations. Moreover, he said this is what his reputation is, but he never had the intention to run excessive risks or get himself into trouble.

Bailey noticed the research of Herzog on the Loch Ness from behind the camera. Herzog showed him the creature’s picture and explained how it was faked using a miniature model. Later you can also see the fake mortal into the lake, a model that Penn launched, demanding that Herzog designs his version of that similar illusion.

While explaining the planned documentary, Herzog told Bailey that the entire thing about the Loch Ness is plus-minus an invention of their fantasy and that he likes this version more than the original monster.

The interest of Herzog in the monster as a cultural construction follows one of the significant themes of his end product, whether in mythical features like Even Dwarfs Started Small or the documentary movies such as Lessons of Darkness.

Herzog explained to Bailey that the difference between the truth and fact is what always interests him, and he every time felt that there is something like a profound truth. It exists in cinema, and he would call it the ecstatic truth. Here Herzog fitted out one of his philosophies of movie-making in a language taken directly from his Minnesota Declaration of 1999 on the Truth and Fact in Documentary Cinema.

Furthermore, Herzog in 2002 explained that the boundary between documentary and fiction does not exist in his movies; he considers his fictional feature, Fitzcarraldo, to be his all-time best documentary. Herzog remarked that through imagination, invention, and fabrication, he has become more honest and genuine than the little bureaucrats.

Compared to the vérité documentaries which stick to surface facts, the stylization of Herzog allows the poetic, ecstatic truth to be uncovered. The Enigma of Loch Ness has some general similarities with the 1993 documentary, Bells from the Deep.

Bells from the Deep is one of the most fabricated and stylized documentaries of Herzog. Both (Enigma of Loch Ness and Bells from the Deep) deals with fictional underwater occupants of deep lakes and the emergence of such superstitions from an incompatible religious belief system.

The fact that should raise the red flags for the audience is that Werner Herzog Film Production did not produce The Enigma of Loch Ness, and Herzog has independently produced all of his movies, so it raises a lot of questions.

To this, Herzog explained to Bailey that the reason for self-production was always the self-reliance and necessity. But in the case of The Enigma of Loch Ness, he allowed Penn to produce because of the money and his already-secured crew, and the screenwriter of several disappointing action movies, such as X2, Last Action Hero, Behind Enemy Lines, and Elektra.

The reason why Penn produced this movie was, it would put him in a position of power during the production of the film, unlike the role of the screenwriter. To this end, Penn delivered Herzog with a team of Hollywood’s real-life professionals like Russell Williams (sound technician) and Gabriel Beristain (cinematographer).

On the question about the authenticity of the movie, Herzog seemed entirely convinced and sure about his film, and according to him, everything does seem authentic. But several other questions like “was Herzog making a documentary?” or “is that only the pretext for this movie?” or “is this movie a blend of Bailey’s documentary and the failed film of Herzog?”

Herzog repeatedly explained that his intention was never to find a monster, so it was strangely unfulfilling encountering one, leaving him questioning his experiences and several others in the past.

Despite being the part of the Hollywood system, the sarcastic conflict Penn represented in Incident at Loch Ness implies a glorification of artistic spirit and self-reliance that Herzog exemplifies. Penn has fashioned a decent critique of film production of Hollywood by bringing his own experiences with the producers of Hollywood to his character.

The output of Herzog proves that no matter if it is a documentary or a fictional film, its authenticity always relies on taking motivation, inspiration from life, and creating a believable filmic reality.

Although the Incident at Loch Ness finally surrenders its claims to believability, it is still a worthy composition to the work of Herzog, a comedy all humorous for those familiar with that work. Herzog once said that creating a feature is an act of recording oneself, and the Incident at Loch Ness presents a version of Zak Penn of that recorded self with a blend of humor and admiration.

Herzog has undoubtedly made several outstanding documentaries in his career, and he is the master of the cinema with an instinct for the unexpected and bizarre. It comes as a shock to some people when they know that both of his documentaries are complete fiction.

Documentaries can be Fake too

You will have to decide what you think about the Incident of Loch Ness and to what degree you think it is truthful. The fun part lies in it since few of the scenes are either real or the same as if they were. And you can only develop your opinion after watching it, so add it to your watch list if you have not already watched it.